For more information or an RFQ

This year, on June 6, we marked the 75th anniversary of D-Day, when more than 160,000 Allied troops invaded the beaches of Normandy, France, and subsequently liberated Europe from Axis power.

Over the years, many historical events have taken place to pay tribute to all of the men and women who served or lost their lives on D-Day and during World War II. This year, a large group of iconic aircrafts – each of which made a great contribution to the war effort – converged in the UK and embarked on the same route that was taken by the Allies from England to France in the opening hours of June 6, 1944. In total, nearly 40 restored C47 and DC3 aircraft carriers participated in the event.

This has been a particularly meaningful anniversary for us at Longo, as many members of our staff have a military background or have members of their families who served, and we all have feelings toward the various events that have taken place in our history. I am one of them.

I have been following a group of individuals who undertook the resurrection of a grossly neglected C47 in the outskirts of Montreal. This aircraft had been left to rot at an airport for nearly three decades and had been vandalized and stripped of many of its parts by scavengers. Eventually, a well-intentioned gentleman acquired the aircraft in an attempt to save it from the smelter and having it turned into beer cans. 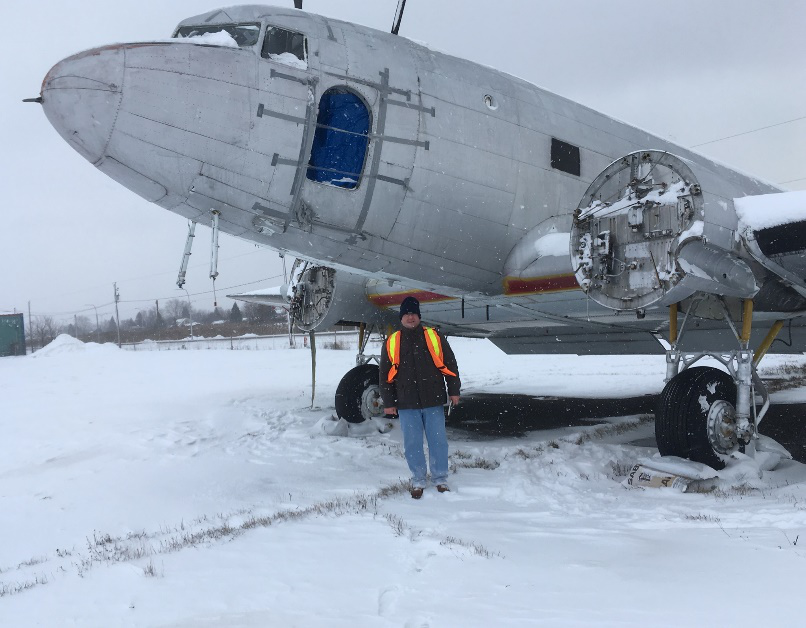 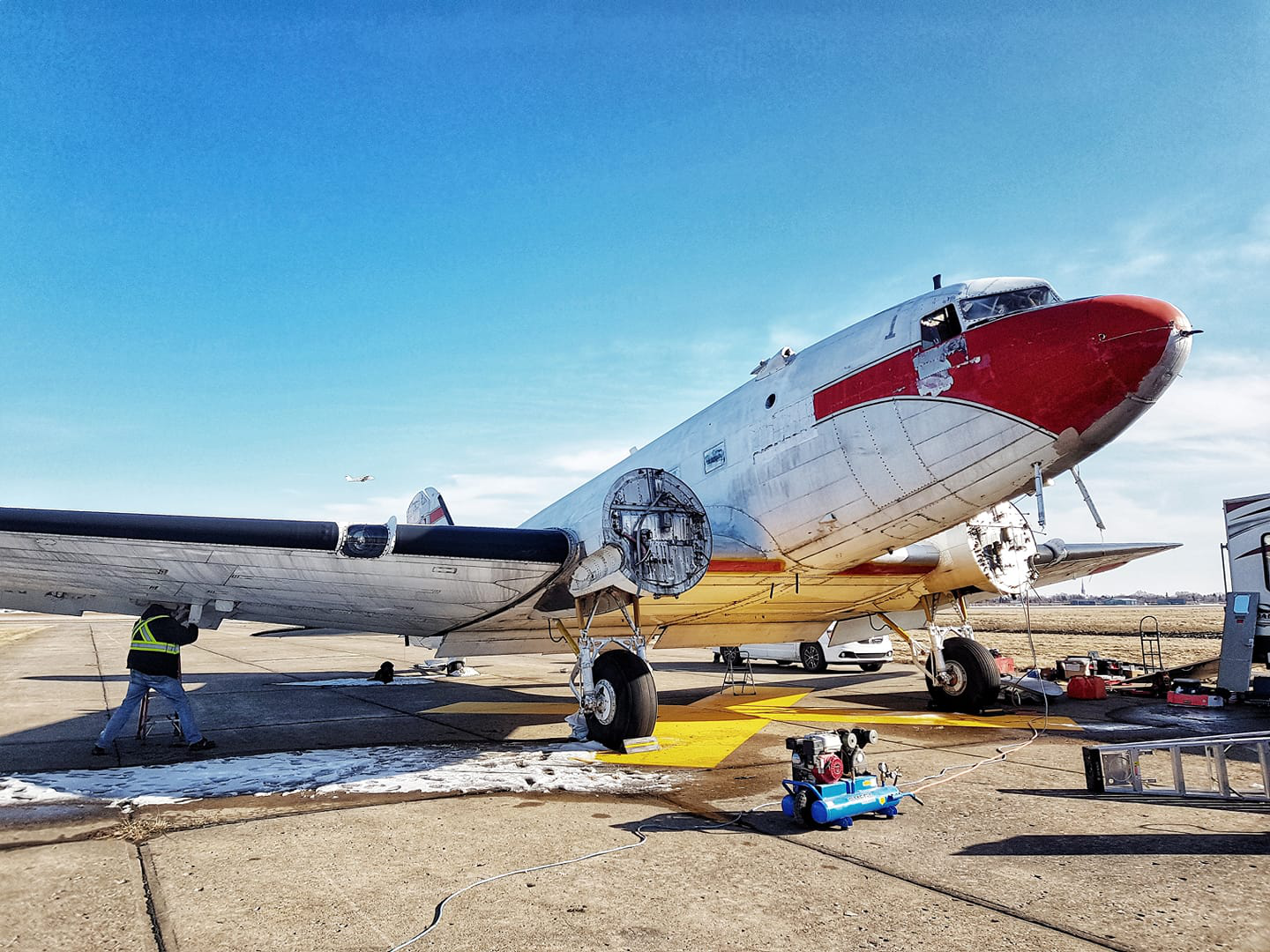 After a few years of attempting to raise the capital needed to return the aircraft to flight, the owner ultimately put it up for sale. At that time, Mikey McBryan – the General Manager of Buffalo Airways – was contacted about the project and was offered a chance at doing good by the aircraft. Mr. McBryan accepted the challenge, and he has been recording the restoration journey on his YouTube channel since December 31.

This is where I took interest in the project. I have nearly 40 years of experience in the aviation industry – especially in the older types of aircrafts. After some correspondence with Mr. McBryan and his crew, I took some time away from my duties at Longo to volunteer my time and knowledge to the project. Along with other volunteers and students from the local aviation school, we set out to return this bare aircraft to flight status. 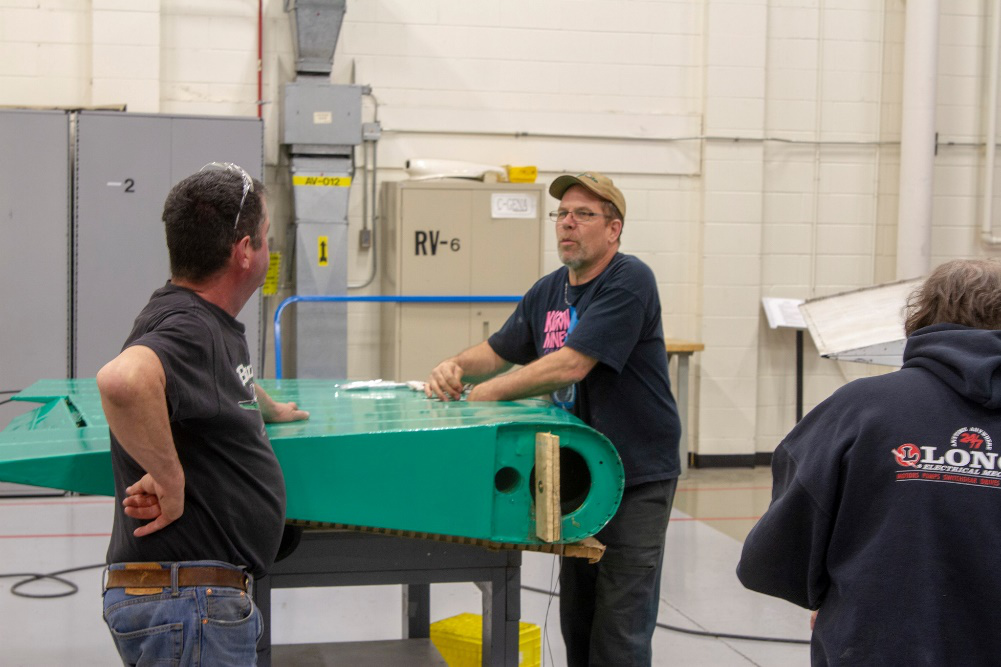 Over the course of the project, the history of this aircraft has come to light thanks to many of Mr. McBryan’s YouTube viewers, who have provided bits and pieces of its story. I will only touch on two here, but if you are interested, you can search for Mikey McBryan on YouTube and view his episodes to get more information.

First, this aircraft – RAF S/N FZ668 – was assigned to the 271 Squadron at Blakehill Farm in Cricklade, UK, and was part of the first wave across the English Channel on June 6, 1944, to drop paratroopers behind German lines. Her second milestone came when she took part in Operation Market Garden in September of the same year.

Although this aircraft was not part of the 75th anniversary reenactment of the nearly 40 C47s that flew from the UK to Europe, she did fly on June 6 from the UK to just outside of Montreal to commemorate her service, thanks to all of the wonderful people and organizations that have gone far beyond expectations to make this restoration project a success. At the start of the project, this aircraft was nothing but a shell of its former self, and it has required a great many parts, time and funds to turn it back into a flying aircraft. But nearly $70,000 in raised funds, and three months of tireless work later, and RAF S/N FZ668 got to fly on June 6 to help remember such a major moment in our history. I couldn’t have been prouder to honor our military, on behalf of both myself and Longo, in such an incredible way .